Gender-based violence(GBV) means harm inflicted upon individuals and groups that is connected to normative understandings of their gender. We can not address Gender-based violence without addressing sexual violence because it’s one of the leading forms of GBV. Sexual and gender-based violence (SGBV) refers to any act that is perpetrated against a person’s will and is based on gender norms and unequal power relationships. 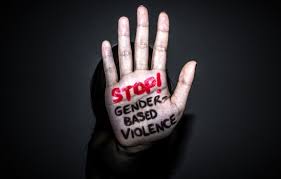 It’s no doubt that all these and more are existent and a number of women, men, girls and boys experience at least any of them on a daily basis. SGBV affects both men and women and although more emphasis is put on protecting women and girls considering that they are at a higher risk of being victims to this bane, we all need to stand together and join the fight to put a stop to SGBV because it’s a global public health problem.

Gender-based violence leaves long-lasting physical and emotional scars on its victims. The physical and psychological torture that comes with the violence is unbearable and some of the victims have opted to take their own lives instead of surviving with the pain.

Sexual and Gender-Based Violence hinders the ability of individuals to express themselves or even participate fully in activities within their families and communities. The victims of Gender Based Violence are most times devastated and they end up holding themselves back and because of this most of them give up on education, work, taking part in leadership roles and this not only affects them but also affects the societies and families that would have greatly depended on them.

Gender-Based Violence denies the human dignity of the individual and adversely impacts human social, physical and economic development.  it is an egregious human rights violation hence the need to end it and support the victims and survivors in accessing the help they need.

We all need to take part in responding and preventing Sexual and Gender-based violence and we can do this by reflecting on the social and institutional structures that promote these acts, as well as on our own actions. Let us help the victims and survivors get the assistance they need to overcome the experience. We also need to know that one of the most important action steps is to believe the victims when they tell their stories. Blaming the victim stands in the way of ending the violence, therefore, believing them will not only encourage them to seek the help they need but will also encourage other victims to open up. 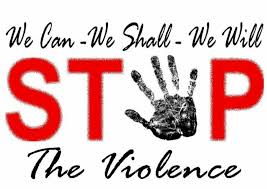 Owembabazi Paget Rothen. This is my escape. View all posts by Paget Owembabazi