What makes some people marriage material and others not?

Is it even a compliment to be referred to as ‘marriage material’?

Personally, I once thought of it as a compliment until I realised that most of the times, it is used to refer to a woman who cooks nice food, is too submissive, is generally good at house chores but is that all women are great at? This is why I no longer think the term is any compliment at least not all the time. The outdated idea that women should be subjected to house chores and be housewives without their free will is chauvinistic and degrading to women.

Yesterday two of my friends had these 2 pictures on their WhatsApp status updates and they caught my attention in a very bad way. 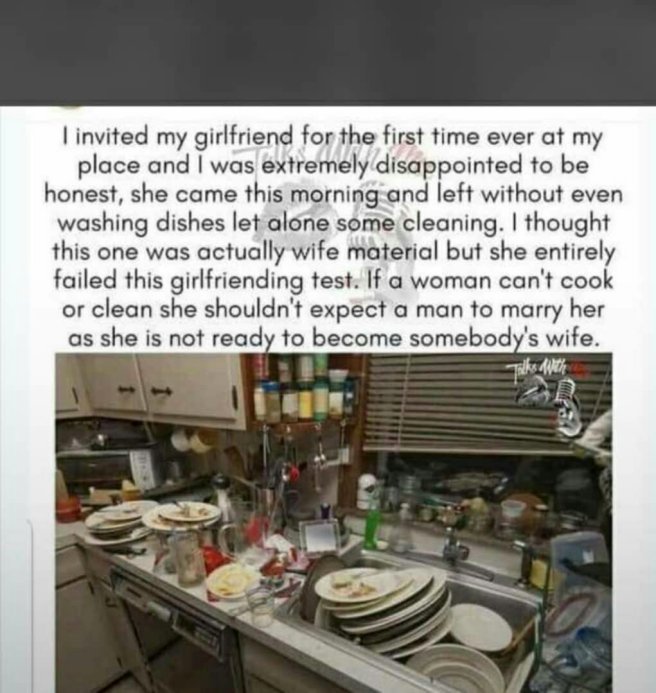 ‘If a woman can’t cook or clean she shouldn’t expect a man to marry her or she is not ready to become somebody’s wife.’ So because a woman can’t do some house chores she can’t bring anything to the family table or found a family? 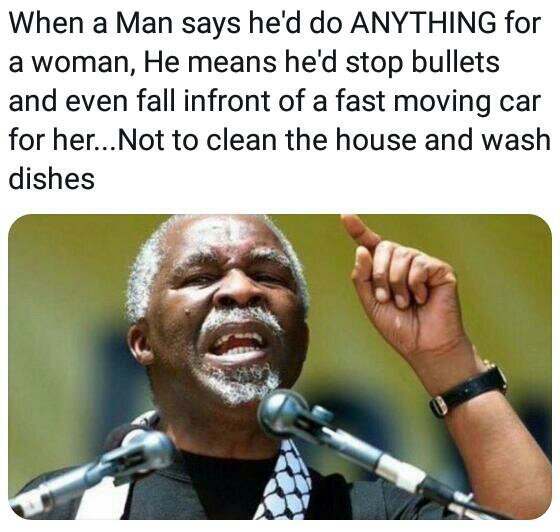 Then there was this one. Again standardising that wives are meant for the kitchen and doing house chores. This is the gender inequality we are fighting hard to end. There are many women out there who are pillars of their families, who are heroes to their children not just because they carried them for 9 months but because they have endured so much to keep the children in school and maintain their families.

Whereas some might say that the meaning of ‘marriage material’ varies depending on the context in which it’s used, I think we shouldn’t be defined or judged by our skills in the kitchen because women have far better and amazing skills, qualities and capabilities.

What does marriage material mean to you and do you think it’s a compliment or not?

Owembabazi Paget Rothen. This is my escape. View all posts by Paget Owembabazi

6 thoughts on “‘Marriage material’ – Is it a compliment?”